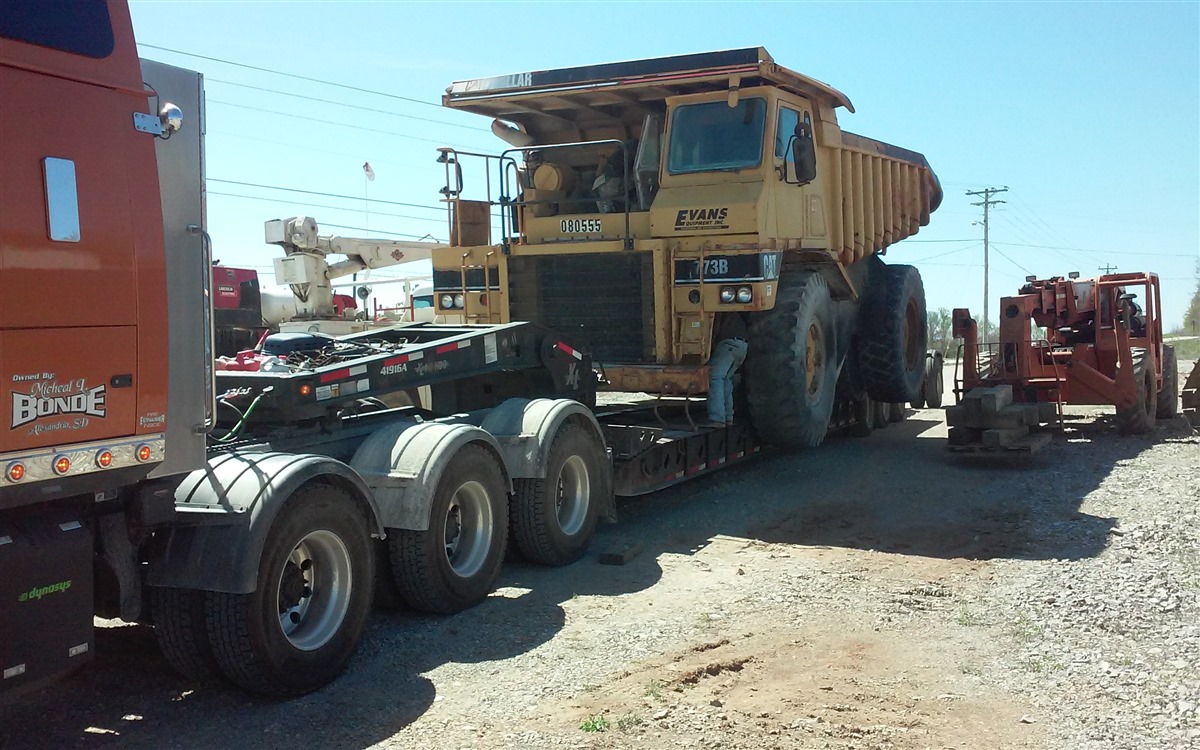 “Yes, we moved some equipment, and that is great,” says Heavy Haulers President Jason Foltz. “But more importantly, we made new relationships, met some good people, that will benefit us going forward.”

Though the Heavy Haulers transport table was fully staffed for the Alex Lyons and Yoder & Frey auctions, traffic was thin and reps were able to book only a few shipments. Both companies have held their February auctions for years, and competition for transportation was stiff.

Jeff Martin held his first Florida auction this year, so traffic was slow at the booth in Kissimmee. Business picked up when the action shifted to Davenport, Florida, and the Ritchie Brothers Auction. Heavy Haulers reps were busy throughout the week before packing up and heading home.

More than 40 Pieces of Equipment Shipped

Reps from Heavy Haulers shipped more than 40 pieces of heavy equipment for clients from the Florida Winter Auctions this season.

The highlight for Heavy Haulers was an order to ship four Caterpillar 725 Articulated Dump Trucks. At more than 50,000 pounds each, the dump trucks required oversize permits from multiple states. The transport for each was more than 1,200 miles.

No load is too large for Heavy Haulers to ship. Other sizable pieces of equipment shipped included:

Heavy Haulers agents have expertise in shipping heavy equipment for auction companies. The company is the premier shipping agent for a handful of smaller equipment auction houses. Foltz would like to expand that footprint this year.

“We think regional auction houses can benefit from having a close relationship with a transportation broker,” Foltz says. “We’ve put together a package of services we think appeals to these guys, so we’re out there promoting it.”

According to Foltz, Heavy Haulers assigns one their most experienced agents to each regional auction-house client. The dedicated agent is on standby during auction days, ready to provide 5-minute quote replies to anyone at the auction. The three-week Florida Winter Auctions, however, were another ballgame.

“I’ve never seen so many rows of equipment,” Foltz says. “Machinery as far as you could see. We can’t wait to come back next year.”