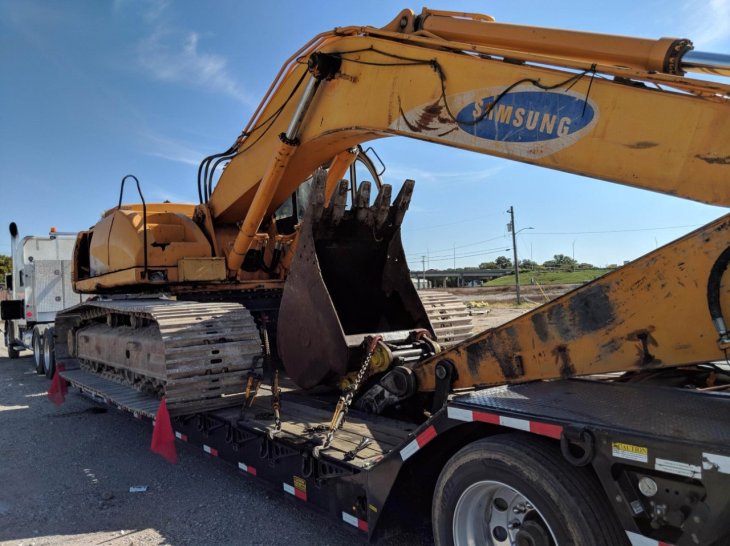 We shipped these two excavators to Alexandria, Egypt in North Africa from Lincoln, Nebraska, an export contract that was handled by Tye Forte. They both weighed 63,000 pounds and had a height of 11.1 ft., a width of 10.8 ft. and a length of 36 ft. The 2 Samsung SE280 LC excavators required permits and export regulations which were pulled expertly and in no time by Forte, an experienced overseas shipping operator. Each excavator was then loaded expertly by plant equipment handlers that Forte appointed, and secured by chain riggings with their shovels folded up. Two specialized Heavy Haulers RGN double drop deck trailers that were flagged as oversize loads handled the initial part of the transportation from Nebraska to the port of Boston, Massachusetts. 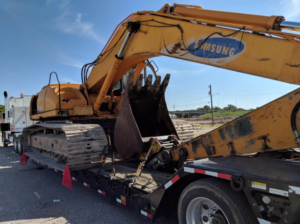 This Heavy Haulers convoy had escort vehicles while it traveled through the states of Iowa, Illinois, Indiana, Ohio, Pennsylvania, and New York before arriving in Massachusetts. This part of the trip took 32 hours of driving time for 1,500 miles via the interstate 80 East and the I-90 East. At Boston, Tye was on standby to process the cargo through port customs and load the excavators onto the ship that delivered them to Alexandria.

The client received this consignment of Samsung SE280 LC excavators at the port, after approximately 21 days after being picked up in Nebraska. Tye was in constant communication with him throughout the process, and Heavy Haulers had enabled him to track his load while anticipating our secure delivery guarantee.

Tye handled the overseas shipping of the two excavators from beginning to the end, and the client paid him a bonus on top of our competitive international equipment shipping rate. Contact him now on (800) 908-6206. 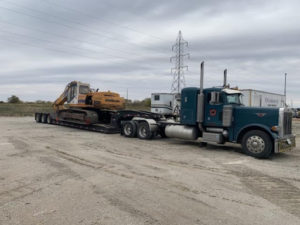 For More Info on Excavators Check Out:

Tye Forte is a senior logistics professional at Heavy Haulers, he coordinated this entire transport from start to finish, If you'd like a shipping estimate or more information on transportation from Tye Forte, Please call him at his direct contact below.

Have you ever shipped internationally? Tell us in the comments below!