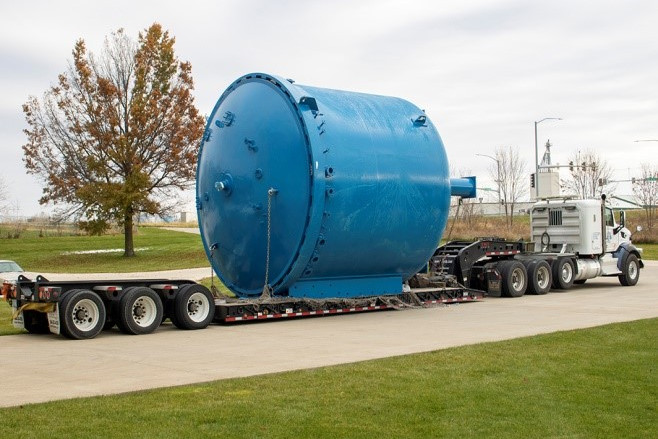 This 79,366-pound industrial boiler tank required a lot of ingenuity and creativity to ship from the port in Seabrook, Texas to Marion, Iowa. Jay from Heavy Haulers gladly undertook the consignment, proving that we do not shy away from oversize cargo and we have the expertise, experience, and capacity to handle all dimensions of super loads. The contract was a referral to Jay Hays by a previous Heavy Hauler's customer who had experience of our capable, seamless delivery services.

After a load evaluation, Jay settled on our Heavy Haulers stretch RGN trailer due to the over-dimensional and intricate nature of this cargo. The industrial boiler tank had a standard length of 23.82 ft. but its 17.1 foot height and width respectively were beyond limit. Despite the obvious complications involved, Jay and his Heavy Hauler's team members completed the transport within the most cost-effective, secure and time-efficient means possible. 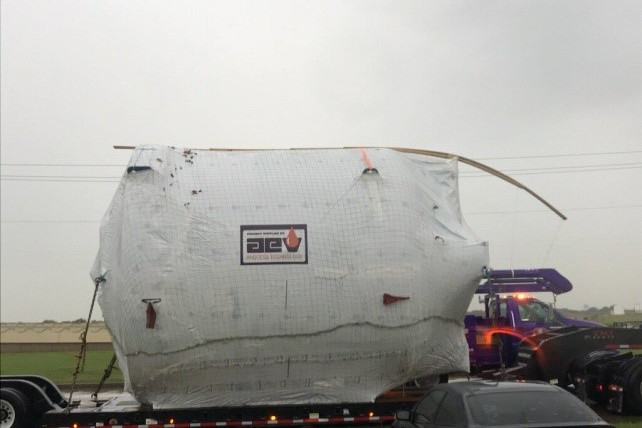 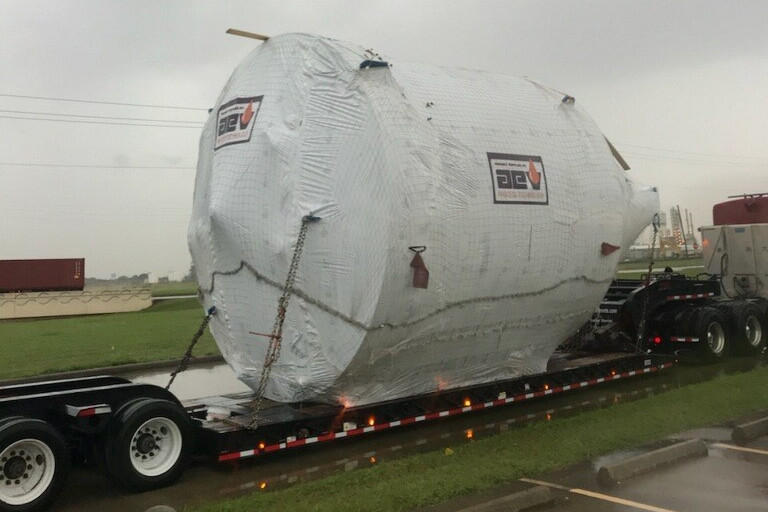 Preparation for shipping the tall boiler tank was a project in itself, and every aspect of the move had to be carefully choreographed and rehearsed by Jay and his teammates. Since the load was oversize and the journey across multiple states, Jay worked on all the weight permits and secondary cargo insurance. The 7-axle extended RGN trailer selected for its weight versatility and removable gooseneck; could be detached to lower the platform, which simplified the industrial boiler tank's loading or unloading.

Industrial Boiler Loaded on an RGN and Hauled Off

Cranes and tow wreckers were used to load the large tank onto our Heavy Haulers RGN trailer, an operation that took almost three hours. The team, led by Jay, then set about securing the entire tank for the cross country haul, using chain tie downs, tarpaulins, and mesh rigging. A Boom truck was used when accessing the top reaches of this industrial boiler tank for tarping and rigging purposes.

After the physical route survey was completed, and permits procured, the client was given an expected time for delivery and Jay set out escort vehicles to accompany the transport. 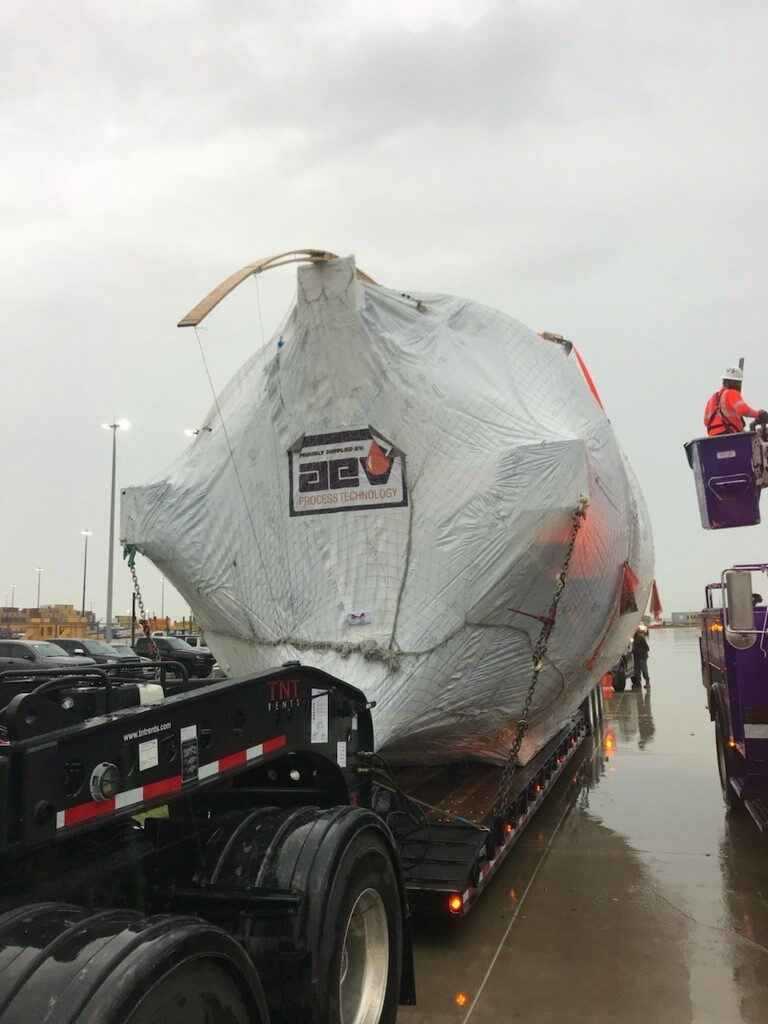 Jay and the Heavy Haulers load handlers designed a flat plank aperture which was secured to the top of the load. This would catch any missed cables, causing them to slide off the top without snagging on the tank.

A total of 23 on-the-road hours were used to safely ship the industrial boiler tank to Marion, Iowa. The load was driven straight into the recipient client’s warehouse, a process made easy by the RGN trailer’s reverse-into-lot capabilities. 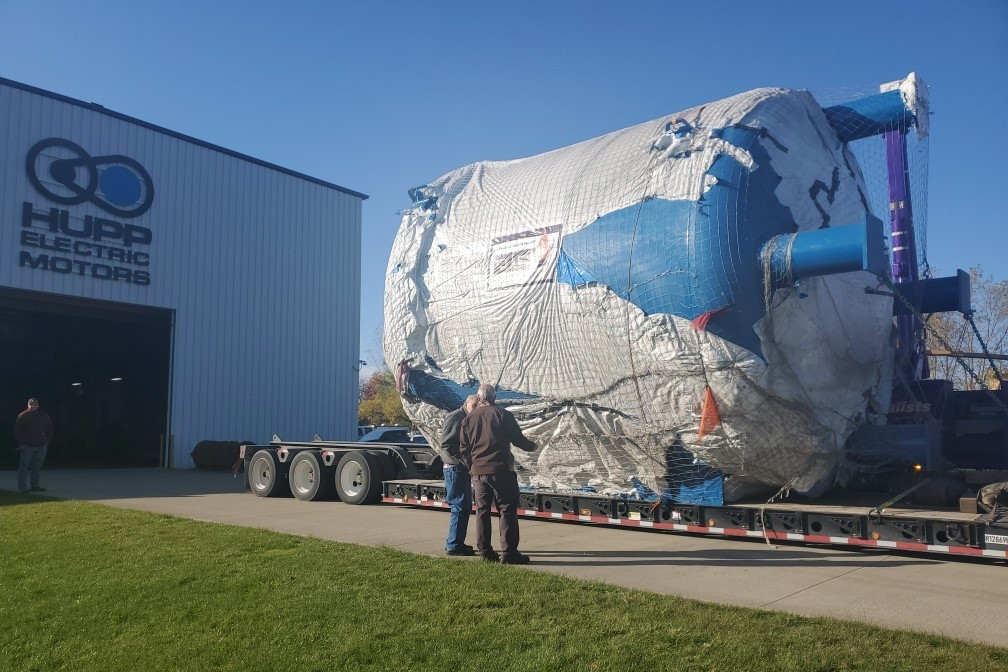 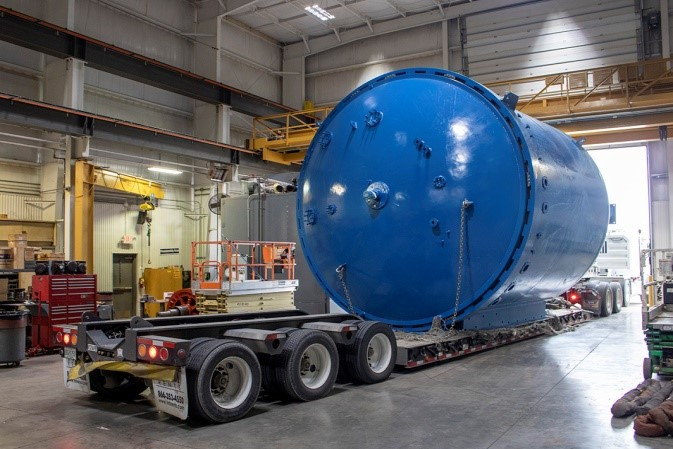 At the drop-off site, an overhead crane assisted by hydraulic lifts was used to offload the industrial boiler tank from the Heavy Haulers trailer. While it was suspended by the overhead crane, the large steel tank was pushed onto convey tracks within the electric factory.

Jay and his Heavy Haulers crew assisted by machine millwrights and engineers set up the industrial boiler tank at its operation location. 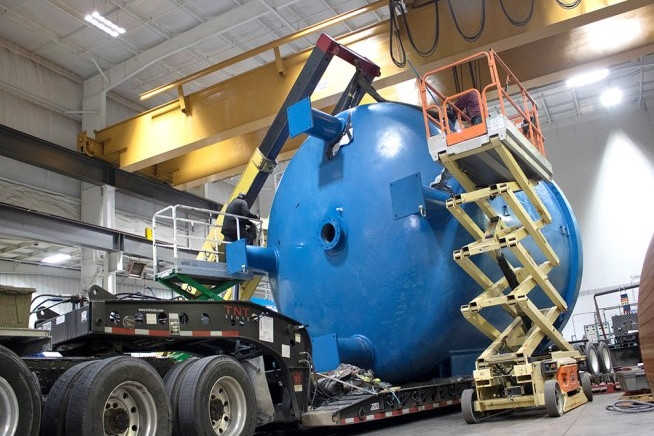 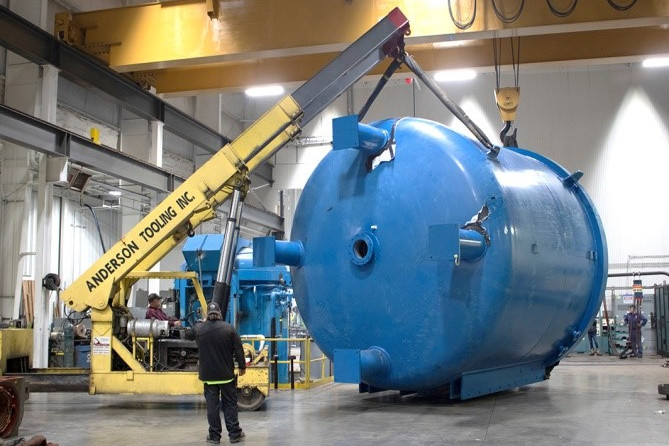 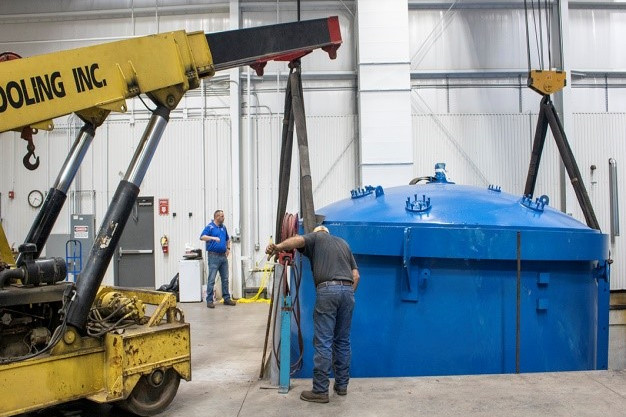 Jay handled the entire project’s logistics and freight coordination from start to finish. You can contact Jay anytime on (800) 908-6206.

Jay Hays is a senior logistics professional at Heavy Haulers, he coordinated this entire transport from start to finish, If you'd like a shipping estimate or more information on transportation from Jay Hays, please call him at his direct contact below.

Tell us what you thought of this industrial boiler transport in the comments!